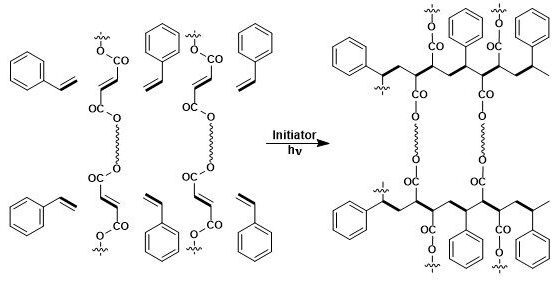 All these predictions are coming to reality with the revolutionary invention of 3D printers. NٍِِASA is using 3D printing as a tool to invade Mars, while medical research institutions are experimenting with printing functioning body parts.

With the wide popularity of 3D printing, many are asking what materials were originally used to make 3D printer?  In this post, we’ll answer this question by discussing the beginnings of the 3D printing era.

What Is 3D Printing?

3D printing is the process of creating a three-dimensional object from a digital file. The process is also known by the name “additive manufacturing” as it’s done by building layers of the used material to create solid objects.

You can create anything you want with 3D printing. You can print out sunglasses, toys, aluminum parts, dental models, and even human tissues. This means that 3D printing isn’t going to be just a trend and it could be an invention that changes our world.

When Was 3D Printing First Invented?

Hideo Kodama was the first person to introduce 3D printing to the world in the early 1980s. He wanted to create a rapid prototyping technology (RP) to use as an affordable way to create product prototypes.

Similar to Kodama, the patent didn’t end up by their names. This time their application was abandoned because they couldn’t get the funding for it.

What Materials Were Originally Used for 3D Printing?

Kodama used an acrylic-based substance called photopolymer. This is a photosensitive resin that turns into solid plastic once hit by an ultraviolet (UV) light beam creating a 3D object.

Chuck Hull then came with his stereolithography (SLA) invention and changed the whole game. His idea is somewhat similar to Kodama’s but his invention allows manufacturers to create 3D objects from digital data files using (CAD) computer-aided devices.

The process of 3D printing with SLA is pretty much similar to regular inkjet printing. To print a 3D object you need to upload specific digital files called CAD files to the printer and give the order to print. Here, the printer uses filaments of photopolymer resin instead of ink.

Then, the printing process lays down several layers of the filaments until it reaches the desired height and creates a 3D printed object.

There are several types of 3D printing besides SLA including Fused Deposition Modeling (FDM), Selective Laser Sintering (SLS), and more.

What Materials Are Used for 3D Printing?

It’s insane the number of materials that you can use in 3D printing. The most common materials used for 3D printing include:

PLA is among the most used materials for 3D printing. It’s a thermoplastic polyester made from biodegradable products such as corn starch and sugarcane.

ABS is another thermoplastic material. It’s recyclable, durable, and affordable. It’s the material that legos are made of.

Even though it’s harder to print than PLA, it’s being used pretty much in manufacturing everything from toys to kitchen appliances and computer keyboards.

This is another thermoplastic material of the polyester family. It’s the same as PET but with the added glycol to improve its strength and durability. PETG’s biggest advantage is that it’s a food-safe material.

Thermoplastics aren’t the only materials that can be used for 3D printing. Soon enough thousands and maybe more materials will be incorporated into the 3D printing industry.

3D printing is for sure going to change our future. Luckily, the prices of 3D printers have declined over the years and there are more customer-friendly options.

Also, more materials are being introduced to 3D printing. So basically, buying a 3D printer might be the best investment to make for the future whether it’s for manufacturing business or personal use.